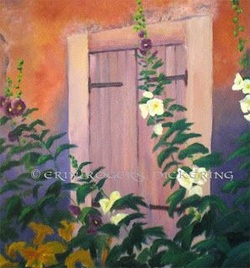 There are a number of online locales where I enjoy interacting with readers.  The list of them is likely to grow as more wonderful web sites crop up, though I try to be picky with favorites rather than spreading myself too thin.  For now I am most likely to be cyber found at the following spots: 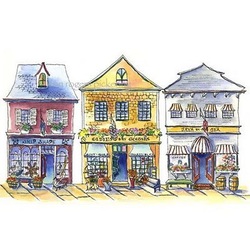 ​
A few of my favorite quotes for your enjoyment:


Reality is merely an illusion, albeit a very persistent one.
---Albert Einstein


"It is not true that life is one damned thing after another - it's one damn thing over and over."
---Edna St. Vincent Millay


Originality is the fine art of remembering what you hear but forgetting where you heard it.
---Lawrence J. Peter


The way to love anything is to realize that it might be lost.
---G. K. Chesterton


It is amazing how complete is the delusion that beauty is goodness.
---Leo Tolstoy


Nothing takes the taste out of peanut butter quite like unrequited love.
-- Charlie Brown


There is not any memory with less satisfaction than the memory of some temptation we resisted.
---James Branch Cabell


Happiness makes up in height for what it lacks in length.
---Robert Frost

When our memories outweigh our dreams, we have grown old.
---Bill Clinton

In three words I can sum up everything I've learned about life: it goes on. - Robert Frost

I like long walks, especially when they are taken by people who annoy me.
- Noel Coward


Be slow of tongue and quick of eye.
---Cervantes


Sometimes you just have to take the leap and build your wings on the way down.
---Kobi Yamada


The very purpose of existence is to reconcile the glowing opinion we hold of ourselves with the appalling things that other people think about us.
---Quentin Crisp


If only we'd stop trying to be happy we'd have a pretty good time.
---Edith Wharton


Poets have been mysteriously silent on the subject of cheese.
-- G.K. Chesterton