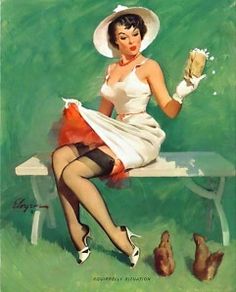 You may be envious once I've related a little about myself. Or perhaps you will despise me. No matter. I seek neither acceptance nor punishment. And as for peace of mind, that elusive serum for hobgoblins which sets so many self-indulgent tongues in motion, I never held much stock in the stuff. I choose to spill my guts for no other reason than that they overflow.

This is not my life story. About myself there isn't much to tell. Not because the passage of time has been uneventful. My travels have been numerous, though no topographer could chart the shores I have landed upon. For it is not places that have been my destination, but women. I am drawn to them by a force I have never questioned. To their infinite variety of charms I am helpless. But the hold of none has been strong enough to keep me from wandering aimlessly to others. No matter how sweet the pollen of a particular flower, the supply quickly runs out. Rather than settle in the embrace of petals, I move onward, because my thirst has yet to be quenched.

I suppose I am blessed. Those who dream exclusively of riches do not find money where others see only leaves. A desire for fame is usually unfulfilled by the obscure. Longing for immortality adds not a second to one's allotted time. And I know there are men with carnal natures equal to mine who find relief mostly in the palm of their hands. But that which I seek, I tend to find.

I have done nothing to earn such good fortune. Genetics showed favor without regarding my worthiness for the gift. Of course, more important than appearance is knowledge of what to say, who to say it to, and who not to bother with. This too was bestowed upon me, though I am less certain how this came to be. Unlike the origin of my physical features, climbing the family tree provides few clues.

I would love to claim the ability to posses any woman I choose, but such a notion is ludicrous. Rather, I am gifted at knowing whom to eliminate as possibilities and whom to pursue wholeheartedly. My talent is looking into a woman's eyes and instinctively knowing what I need to. If she's lonely or bored; neglected or abused; timid or adventurous; satisfied or confused; looking to recapture the past or re-invent the present; making plans for tomorrow or merely concerned about tonight. I discover what a woman is looking for and promise it to her. If all she wants is a good time, she gets everything. If she wants more, I lie and take what she has to give. Then I move on.

You can say I'm taking advantage of the vibes I sense, or make a case that the vibes are exploiting my weakness. I take nothing that is not willingly offered. I hunt only for the bodies. Is it my fault that trust occasionally comes along for the ride?

I love them all in my fashion. For me, love means never forgetting. Every moment of the ecstasy is preserved, the agony as well. I remember who they were, and who I pretended to be. Or perhaps it's who they brought out of me. It seems I am unable to tell the difference. Does the answer lay in the truth beneath my lies, or the lies beneath my truths?

I determine what a woman's fantasy is, then play the part. This is done for my benefit as much as theirs, for most women will and do settle for far less than their ideal. You see, I’ve found that I need to be someone else. Or maybe I just need to be someone. The lies set up the foundation. The women fill in the empty spots. Take away the lies and the women, and who am I? Your guess is as good as mine.

My name is Michael. I don't lie about my name. Something has to be sacred, it might as well be something inconsequential. My father passed away when I was in my early teens, leaving me independently comfortable and on my own to determine what it meant to be a man. Bequeathed the luxury of spending time as I saw fit, my cock decided early on to run my itinerary. Since further back than I can remember, as I suckled on my mother's breasts, I have been a hedonist. Having no brothers or sisters, parental attention did not have to be split. I got it all, just as I like it.

I sense your misinterpretation already. You think I'm selfish, but in fact, giving pleasure is far more important to me than receiving. Seeing a woman's satisfied smile, hearing her contented moans, that's my reward. Sometimes I think I am the sum of the orgasms I bring about. When they cease to come I will likely cease to be. If I satisfy a woman's physical desires, it must mean I am worthy of her appreciation. When she clutches my back and tries to draw me in deeper, the moment could only be enhanced if she absorbed me entirely.

That's enough about me. I want to speak of them. The ethereal beings who give purpose and meaning to my existence. They are as varied as can be. My lust may not be blind, for standards must be met, but what stirs my loins is more spiritual than physical. I am equally content laying my head on pillow-like breasts or slurping substantially smaller versions like a pair of Hershey's chocolate Kisses. An ass tight as a fist brings my blood to a boil, but one that voluptuously stretches elastic to its limit has a similar effect. As long as a woman's legs are wrapped around my torso, short or long, thick or thin makes little difference. And as for the fiery region between those legs, I have yet to encounter one I did not find sublime.

If I brought about solely pleasure, I suppose I would be a happy man. But I am also responsible for pain on occasion, and this shames me, though only in retrospect. The pain is caused by them wanting more than I am willing to give. I make promises I know I won't keep, and some people grow attached faster and stronger than others. The thing is, for the most part I can detect these situations in advance. It's my gift, remember? I'm fully cognizant of what they desire, and need only be honest to avoid the inevitable scene of heartbreak. But then I wouldn't get to experience what they have to share, and my greed never fails to vanquish my conscience. The women who want the most are the ones I most desire, because they have the longest distance to travel towards contentment. They're in search of a man who will make their dreams of day a reality of night. The look in their eyes when they see the possibility of that in mine is a drug I cannot decline. I need to make the oaths as much as they need to hear them. Then I must callously break them.

If you are inclined to listen, I will tell you about a few of the women who have flitted in and out of my life. All beautiful in a way unique to the individual possessor. Each one touching me in a fashion, adding to the blank slate that I am. Some wanting me to stay regardless of the circumstances, but all being left behind. They had to be. How else was I to find out who and what lay ahead? 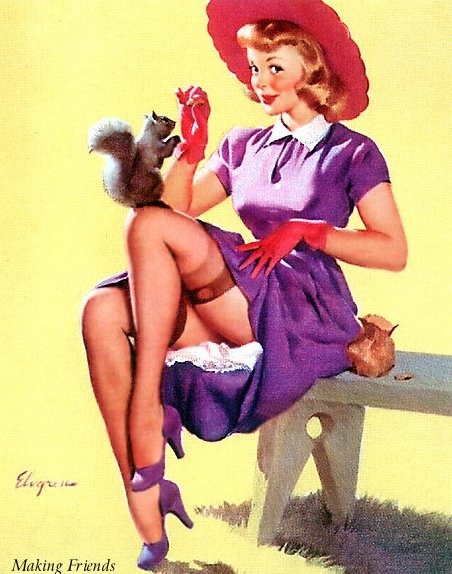